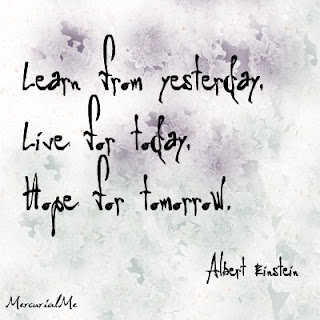 It’s Sunday afternoon (though this will post on Monday)…the husband is out with the kids running errands…I had them all morning (he left at 7:15 for church) and it was a “momma needs a break” kind of morning that resulted in yelling, and punishments and kids in their rooms.

God probably doesn’t want me yelling that way either, for the record…but I was at my wits end.

I hope I’m not being too honest here…my hope is that you would know that I have crazy days, frustrated days, kids who like to drive each other crazy…and then I get a little crazy in between…

Big sister likes to instigate. Little sister likes to retaliate. Little sister cries about big sisters instigating. Big sister cries about little sisters retaliating…which ended up being a metal bucket of crayons to the forehead this morning.
I sent little sister to her room and told her she was naughty. I sent big sister to her room and told her she should not be frustrating her sister to that point. I sent myself to my room and threw myself on my bed and said, “God you’ve got to help me NOW!”
He did. He gave me words. He gave me an extra measure of patience and a moment of compassion. And then the phone rang…it was my sister asking if I had her son’s blue dog. Little did she know I had the dog AND an earfull!
So…this is supposed to be about goal setting, and managing our lives in better ways, right?
I tell you all that background to let you know, that I am trying…trying…trying…
But my trying is in the midst of the chaos of life…I suppose all of our trying always is, isn’t it?
I’m trying to set goals for this year; to become a mom who reacts with more patience and less anger, to be a wife who can give more of her time to loving her husband even though she has nothing left at the end of the day with kids, to seek God more and my selfish desires less…I try.
And so today I’m still trying to figure out what my goals are supposed to be for the year…I want to be more disciplined mostly…in as many areas of my life as possible. I’m getting up earlier and praying more. I’m eating better. I’m not exercising more or less…I’m pretty consistent there. I’m trying to be more disciplined in my writing– the when and the what. I’ve tried to be consistent here in the Monday/Wednesday posting…
Despite all my trying sometimes I still feel as if it is not enough, or not the right thing, or not leading to any measurable change. I hope that is not the case…
I want you to be encouraged, but all I can say is…Keep trying…Keep Going…Keep Praying…Keep Dreaming….
As my very favorite poem reminds us…
Hope is the thing with feathers
that perches in the soul,
It sings the tune without the words
And never stops at all.
(Emily Dickinson)
Our goals, our dreams…they are the hope we throw out into the world…God has placed them in our hearts and it is only in His will that they will come to fruition in any way.
Sometimes they need a little tweaking, because He has placed them there, but we have added our spin to them and then they become something they were not meant to be. This is where better listening ears and praying hearts come into play.
Sometimes they need a little patience…a tulip does not emerge from the ground overnight…it is planted…it needs time…and eventually it grows…they are often planted in the Fall, and rest dormant under the ground for months before they poke up…in the right season.
So…my goals for this year will remain slightly ambiguous and hazy…they need to be because of the season I am in. But I hold onto them and allow them to rest in my soul because I believe in their power to take flight when God is ready for them to.
By the end of the year I hope to have prayed more, loved more, have written more…
I hope to have eaten less, yelled less, and have been less selfish…
If I could publish a couple of articles in magazines I have not yet been published in I will be extra excited (the list is long (of the places of have NOT been published), so you’d think that would be easy…but sadly that is not always the case!).
If I could reach my weight goal of 125 lbs, I’d be extra happy (though I’m becoming more content in the skin I’m in…truly).
If I could put a book proposal together and write a couple of chapters for at least one of the books knocking around in my mind…well…my mind would be more restful anyway…
If I don’t do any of these things…I hope that I will learn to trust more fully the plans that God has for my life and be peaceful in the place He has me.

I’ll leave you with some very insightful words from a book I’ve been reading called, “A Woman’s Passionate Pursuit of God,” by Karol Ladd.

“Progress is a good thing, but the downside is, it causes disruption– maybe a detour– and a fair amount of mess to make the desire improvements….Being under construction doesn’t always look pretty, but as progress and improvements are made, we begin to get a glimpse of what the architect is doing, and our faith grows in the process.”

Keep moving on in all of your messy and glorious “progress”!

P.S. If you think you’re living the “mess” all by yourself, head on over to The Gypsy Momma’s page today…I LOVE her insight, her heart, her HONESTY!!

AND…find out what the “B” verse is in the A-Z memory verse challenge...You could win a Starbucks gift card if you visit today!!!!

Reflections on Christmas, Part 2: Are You Making Room?

Phew…I’m Not the Only One

To Chance or To God…Part 2

Bringing Out the Best and Other Ramblings…

Falling into New Rhythms…Back to School and Nap Schedules

The Best Laid Plans of Moms with Kids

You’re Going Where? For What? With Whom?!